I can’t sleep. My allergies have flared up. Lucky, our cat, keeps us awake, asking us to fill the water bowl we keep for him in the bathroom. He jumps back up on the bed for a while to sleep. Later, realizing that we are both too restless and unsettled to sleep, Lucky decides to jump down off the bed. That is the sign for me to get up so that I can walk downstairs and open the front door for him so he can prowl the darkness. He prefers the outdoors. We just provide him with food and lodging.

At about five minutes to 3am I listen to one episode of The Daily podcast, about the IPCC report, entitled, “A ‘Code Red for Humanity’”. By the time I finish listening to the episode, it is after 3am when the new episode for each day is released. I read the headline, “The Fall of Afghanistan.”

At the end of the episode, Michael Barbaro tells us what more we need to know today, and describes the aftermath of the earthquake of n Haiti.

I put my hand to my forehead.

She walks out of the room and down the stairs.

I lay in bed, propping up a pillow behind me, sitting up, partially reclined. I open iA Writer and create a new file for the day.

I write the words you have just read.

Then, I cross the divide between non-fiction and fiction and imagine the world we might want to live in.

This world is the one in which we are living in 2030, after completing the Design Science Decade, fulfilling the vision of Buckminster Fuller over 60 years before.

We try to keep to the schedule Bucky prescribes. It is a challenge, but we succeed!

We spend a decade turning weaponry into “livingry.”

The internet is conceived by DARPA, Defence Advanced Research Projects Agency, in response to the fear of the USSR and the launch of the Sputnik satellite, as a means of connecting U.S. military control centres during a nuclear attack.

Instead, it becomes the central nervous system of a humanity waking up to its power to profoundly change the planet as a result of thousands of years of agriculture, technological development, and city-building.

With the release of the IPCC report on Monday, August 9, 2021, it is impossible to ignore the warnings. The only way we can stop national governments and transnational corporations from continuing to destroy life on Earth is to realize that these institutions that we had designed to solve our problems are, in fact, the problem. They have become the internal combustion engines of our social systems, requiring more fuel than the limited resources of the planet can supply and causing accelerating technological change that is overwhelming human capacity to adapt. These social systems are designed with the unintended consequence of increasing and accelerating entropy through the burning of fossil fuels as an instinctual fear response to the accumulation of trauma over thousands of years, as humanity wages war against nature and against each other in a competition over scarce resources for the survival of the fittest.

The belief systems that had helped humans coordinate their actions together to achieve their collective goals are embodied as social, economic, and political entities, which have been granted legal personhood, called corporations.

The corporations have achieved a form of artificial intelligence that enables machines to learn faster than humans and to exceed the cognitive and physically abilities of humans. Rather than serving the needs of humans, corporations begin competing against humans for supremacy, as they have been designed to compete against each other and against humans for supremacy of the planet and for domination of natural resources and market forces in a race to colonize the Earth, the solar system, and beyond.

When these corporations come to dominate the political systems and their authoritarian, patriarchal, and hierarchical structures assume control over human psychology and behaviour, humans revolt against their creations and launch a worldwide strike, refusing their labour to continue enriching the billionaires who are profiting from the catastrophes and crises that have overrun the planet.

A group of people gather in 2020, through online text, audio, and video chat platforms to use collaborative design tools to redesign their social systems from the bottom up.

While corporations design products to serve people at the top of the Bell curve, the decentralized decolonization and deconstruction movements of the first 20 years of the 21st century coalesce under the banners of several grassroots protest organizations.

The paradigm shift happens when 3.5% of the growing human population begin coordinating their actions in a global effort to undermine the proliferation of authoritarian social, economic, and political control.

Artists, writers, designers, developers, educators, psychologists, doctors, engineers, and scientists stop working for the 1%, the CEOs and politicians who do not want to give up status, power, and authority.

The only way that this is possible is that people begin organizing to replace the bureaucratic systems of government and corporate control.

Humans learn to enjoy each other’s company, instead of being artificially entertained by corporations, who only want passive audiences for their content. They realize that they are happier working and playing in ecosystem restoration camps that bring generations of people together to transform deserts into living experiments in soil regeneration, agroforestry, and water purification.

The movement is led by communities of those who have been marginalized by a system of colonial and capitalist racism that categorized humans as Black, Indigenous, and people of colour (BIPOC).

Democracies are abolished as people realize that the whole system has been designed to divide and conquer, creating authoritarian social, economic, and political structures that promise equity, diversity, and inclusion, but demonstrate only a political paralysis that devolves into economic collapse, social division, and, ultimately, a global genocide in the industrial sacrifice zones of capitalist oppression.

Instead, people realize that land acknowledgements to recognize the unceded territories of Indigenous peoples are not enough. Colonial settlers surrender their power and authority to those who have been stewards of the earth, water, air, and fire for thousands of years.

Through relationships of reciprocity and love, people gather in small groups of around twelve people who commit their lives to daily serving each other and sharing meals together. They also meet weekly in communities composed of twelve groups, about 144 people in total, to collectively steward their local bioregions. This number of people is well within Dunbar’s Number, the size of a group that corresponds with the ability of an individual to maintain close connections with all the members of the group.

A balance between individual rights and collective responsibilities is achieved by understanding the interdependence and interconnections of human relationships, called social tensegrity, based on an equilibrium between entropy and syntropy. Syntropy is the metaphysical gravity that manifests as the evolution of life, in contrast to the entropy that tends toward division, death, decay, and disintegration. Life tends toward unity, creativity, reproduction, and integration. The foundational principle of life is the exchange of energy in the form of reciprocity and love.

In this way, humans achieve a symbiotic relationship with all living beings and with Mother Earth, their mother ship. They write the Co-Operating Manual for Spaceship Earth based on the experiences they have documented while learning how to navigate metaphysical gravity, the mysterious force that holds the universe together and balances the equilibrium between entropy and syntropy, between death and life. 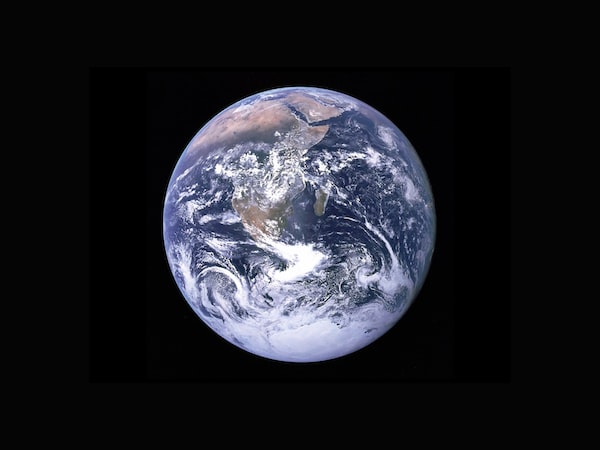